The"official" threads posted during the trial

Originally posted by sunny2005
whats up with people not allowed to have an opinion on here? i think i will go back to king of pop forum, i was a member on here a while back and didnt have the problem but then lost my internet and now that im back, all kinds of new people and so ready to jump if you dont talk the way they want you to talk on here, i said nothing wrong i thought the caller on king show acted racist, is that so wrong to have an opinion?

Well, I don't dispute what you said. Especially for someone who actually has the same skin condition, those pointless questions by that caller can be very offensive.
Top

this is great. lol. I am confident that Michael will win this case cuz he's innocent and because of these psychotic witnesses. lol
[align=center]

Originally posted by LeVer2k2
Well, I don't dispute what you said. Especially for someone who actually has the same skin condition, those pointless questions by that caller can be very offensive.

thank you. that is why I understand michaels condition, it isnt easy to live this way either, I have to wear make up all the time in public.
:2mjghetto :icon_afro
Top

. Everytime its look like MJ is losing MJ get back up and fights.
Top


SANTA MARIA, Calif. - A travel agent testifying under immunity in Michael Jackson's child molestation trial said Tuesday she booked a flight to Brazil for the family of the pop star's accuser at the request of one of the singer's business associates.

Cynthia Montgomery testified that she arranged a $15,092 flight to Sao Paulo at the request of Marc Schaffel, who is among men named by prosecutors as unindicted co-conspirators in the Jackson case.

Prosecutors contend Jackson's associates planned to keep the family in Brazil indefinitely in the aftermath of the Feb. 6, 2003, airing of the TV documentary "Living With Michael Jackson." Jackson appeared with his accuser in the documentary and said he allowed children to sleep in his bed, although he asserted it was non-sexual.

Montgomery was granted immunity because the FBI is investigating her in relation to the secret videotaping of Jackson and former attorney Mark Geragos during a charter jet flight she booked.

Montgomery said she booked the family on a flight scheduled to depart for Brazil on March 1.

She said Schaffel asked her to book a one-way trip but she had to arrange a round-trip flight because Americans are not allowed to enter Brazil with one-way tickets. She said she arbitrarily chose a return date.

"Assuming they made that flight ... was there any requirement for them to take the return flight on the date you chose?" prosecutor Mag Nicola asked.

Montgomery said an address listed for the mother on a flight document was given to her by Schaffel. She said she did not speak to any member of the family about the travel plans.

Asked if the family was to fly first class, Montgomery said no. The prosecutor expressed surprise at the price.

"Those were open tickets," Montgomery said. "Those are expensive."

The family never made the flight and prosecutors did not discuss the reason why in court.

The accuser's mother has testified that she orchestrated her family's escape from Jackson's associates by claiming her children had to visit their grandparents before they could leave for Brazil. The mother has said the family left Jackson's Neverland estate for the last time on March 12, 2003.

The "use immunity" means Montgomery's testimony cannot be used against her in any other proceeding. She had told the court last week she would refuse to testify about anything involving the charter jet flight on which the secret taping occurred.

Under Mesereau's questioning, she said she first learned on Nov. 21, 2003, that Jackson had been taped the previous day on a flight from Las Vegas to Santa Barbara. She said she saw the tape in an FBI office.

Mesereau asked Montgomery if she was aware of any efforts by Schaffel to sell the recording. She said she was not aware of any such efforts.

The attorney also asked if she knew when her immunity would expire, but the judge said that information was privileged.

Montgomery also testified that a flight attendant told her the pop star liked to have wine served in soda cans.

Prosecutors contend that during a 2003 flight from Miami to Santa Barbara the singer shared a can of wine with the boy who is now his accuser, but witnesses have disagreed about whether the idea of serving wine in soda cans originated with Jackson or a flight attendant.

Questioned by Nicola about the wine issue, Montgomery said that Lauren Wallace, a flight attendant for a charter jet company, told her that Jackson had asked for the wine to be served in a can.

"She told me ... that Mr. Jackson had requested that his wine be put into soda cans," Montgomery said.

Another charter flight attendant, Cynthia Bell, testified last month that it was her idea to serve Jackson wine in Coke cans because he was a "very private drinker."

But the issue arose again Monday when the prosecution sought to impeach Bell's testimony by asking sheriff's Detective Victory Alvarez his recollection of what Bell had said during an interview with him. He said she told him the idea came from either Jackson or his doctor.

The travel agent's testimony came a day after Mesereau announced that one member of the defense team, Brian Oxman, was no longer on the case. No explanation was given.

After court Monday, several reporters watched as Oxman had an animated conversation with Mesereau. The two then embraced. Oxman did not return a call for comment Monday.

Prosecutors want Rowe, the mother of two of his three children, to tell jurors that she was compelled to appear on a videotape praising Jackson as a good father and a humanitarian.

Jackson, 46, is accused of molesting a 13-year-old boy in February or March 2003, giving the boy alcohol and conspiring to hold the boy's family captive to get them to rebut the "Living With Michael Jackson" documentary.

She finally got to the cross-examination.
-Says Mesereau pointed out that the only reason Montogemery is even up there testifying is that she was given immunity from prosecution about what she's saying
-Mesereau brought out that she is currently suing Michael Jackson, and being sued by both Michael and Mark Geragos
-Mesereau says she's currently being investigated by the FBI
-Mesereau pointed out that no tickets to Brazil were ever actually purchased

Despite any of these media people saying the prosecution is doing well, the fact is that just about all of their witnesses that have delivered 'incriminating' evidence have baggage.

We are to believe that these ex-employees that saw funky stuff were getting death threats. They also ingored the things they saw and failed to report it to police.

Rather, they'd sell these stories to tabliods..and if what they said was true it would mean they are getting financial gain from these 'victims' tragic mishaps. At the same time despite the threats they weren't scared enough by them to refrain from going to tabliods. I mean...really if someone said 'if you tell, I'll kill your family!!' I don't know if my first instinct would be to go to a tabliod...and I don't know if I'd sue the person issuing the treats.


But the jury will consider all of this. So I can't see a conviction happening at this point. There haven't been enough credible witnesses.

All 12 jurors have to come to a unanimous decision. I KNOW that all of them aren't going to agree that these people are telling the truth. Unless the prosecution comes back with a really strong rebuttal...hell no.
Top

Bring it on MEZ!! You will fight this mess
Top

Originally posted by sunny2005
this is from king of pop forum

Craig Smith, former SB prosecutor:
Regarding Montgomery, originally one way ticks requested by Schaffel, then she changed them to roundtrip cuz she wasnt able to go in the system and book them one way, this supports scheme to get them out of country.

Mez immediately went after Montgomery about testifying under immunity and her not even being willing to testify at all unless she got immunity. Jurors were taken a lot of notes on this. Smith said that Montgomery's voice got shaky and she became nervous when she talked about her immunity.

Smith's own opinion is that he feels that conspiracy has always been charged more as a tactical move more than a substantive move, by charging conspiracy you can get in evidence of consciousness of guilt and avoid alot of objections or fights over the relevancy of this evidence. Smith says conspiracy really isnt that important at the end of the day, and that they can afford to get rid of conspiracy counts, the key is the child molestation counts, conspiracy is just icing on the cake.

Smith says he thinks the immunity hurts her credibility but that she is still strong a witness for prosecution as far as the one way tickets were concerned.

Ok. I am really confused. I don't understand this at all.
[align=center]

well all i can say this a big mess that need to be over.
Top

Cynthia Montgomery testified that she arranged a $15,092 flight to Sao Paulo 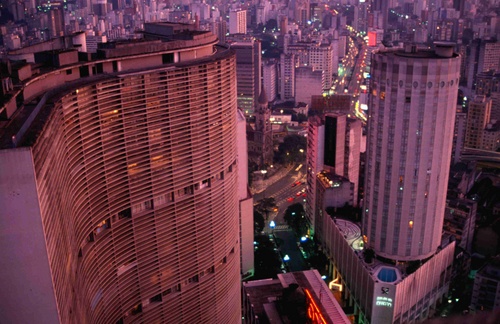 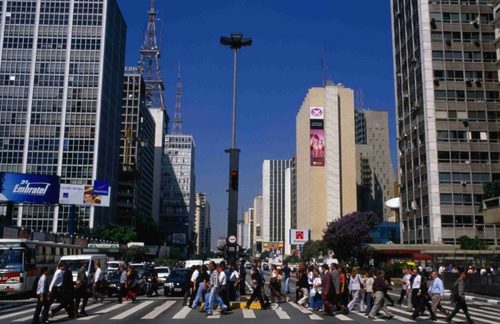 Now, that place looks like a pretty hot tourist attraction. I don't KNOW FOR SURE, but I think a place like that may, just may have phones somewhere.

They may even have police. Maybe.

If Michael was so ruthless that he was going to abandon these people he would have sent them to some farm in the middle of nowhere.

Thanks for the update Sunny. Wow! it looks like Schaffel was trying to cash in, too. That has been pointed out in e-mails between him and this Rudy fellow.

So, all of the CJ nonsense is coming around...Mez is all over this. I bet Schaffel asked her to put the video camera in the plane.

This is going to be a very dynamic week.


On a personal note: I thought the same thing about the fingernails comment as soon as I read it. I don't have that skin condition but I know many people who do. It's very dramatic especially for those that have an aggressive form of it and darker skin tone. The cool thing about MJ that he never gets credit for is that he never asks for sympathy. He just goes out there and does his job. However, a lot of people are unfamiliar with the condition so they can't see your point.

Don't leave MJEOL over something like that. Its a misuderstanding that can happen when people are as passionate about something as we all are this case. The enemy is on the outside looking in.

This whole Brazil thing is really stupid to me...who cares if somebody was supposed to purchase some tickets??!!! :cryptic

Sneddon is really a desperate idoit!!!

Users browsing this forum: No registered users and 2 guests