OMG!!! im sweating all over here!!! i am speechless!!!! Michael never fails to rock our worlds!!! he gets younger and younger each day!!! I love you Mike!!!!
Top 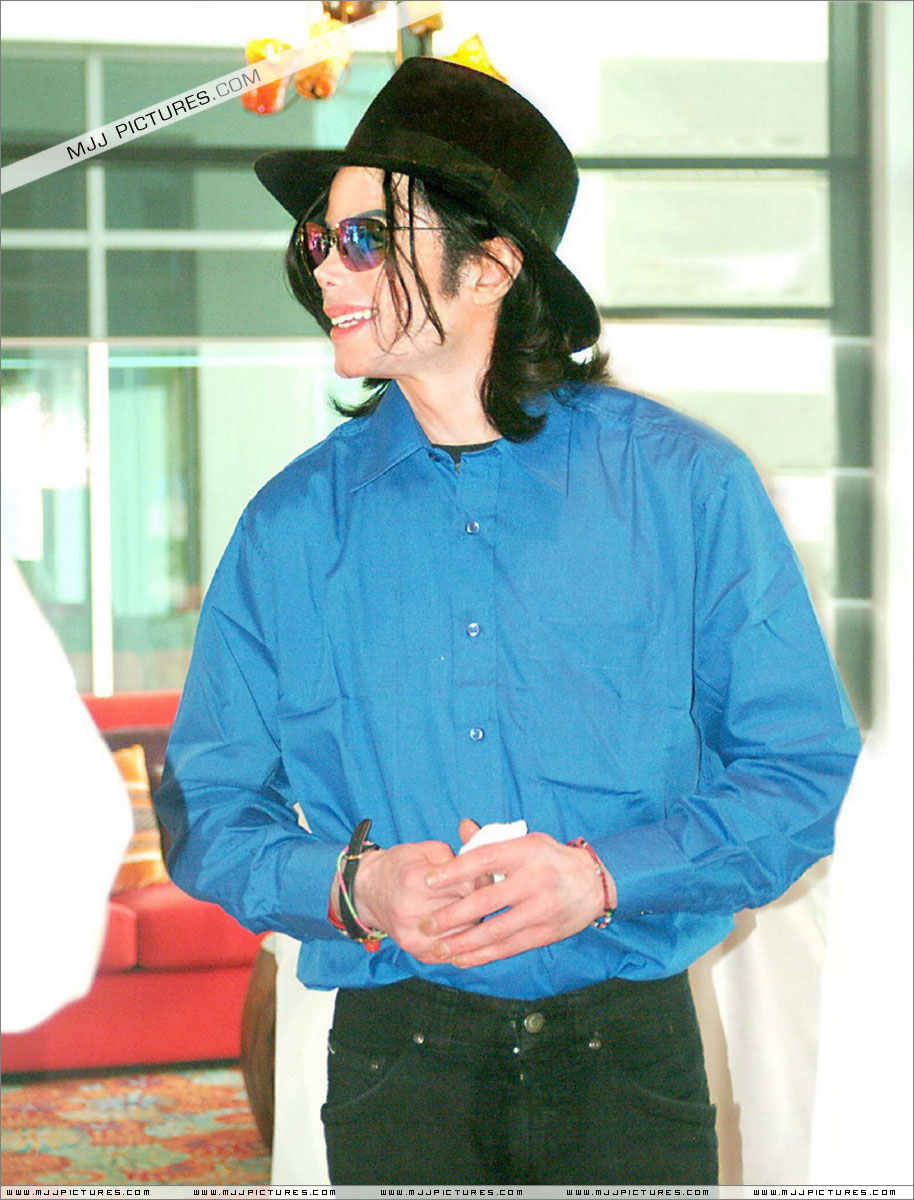 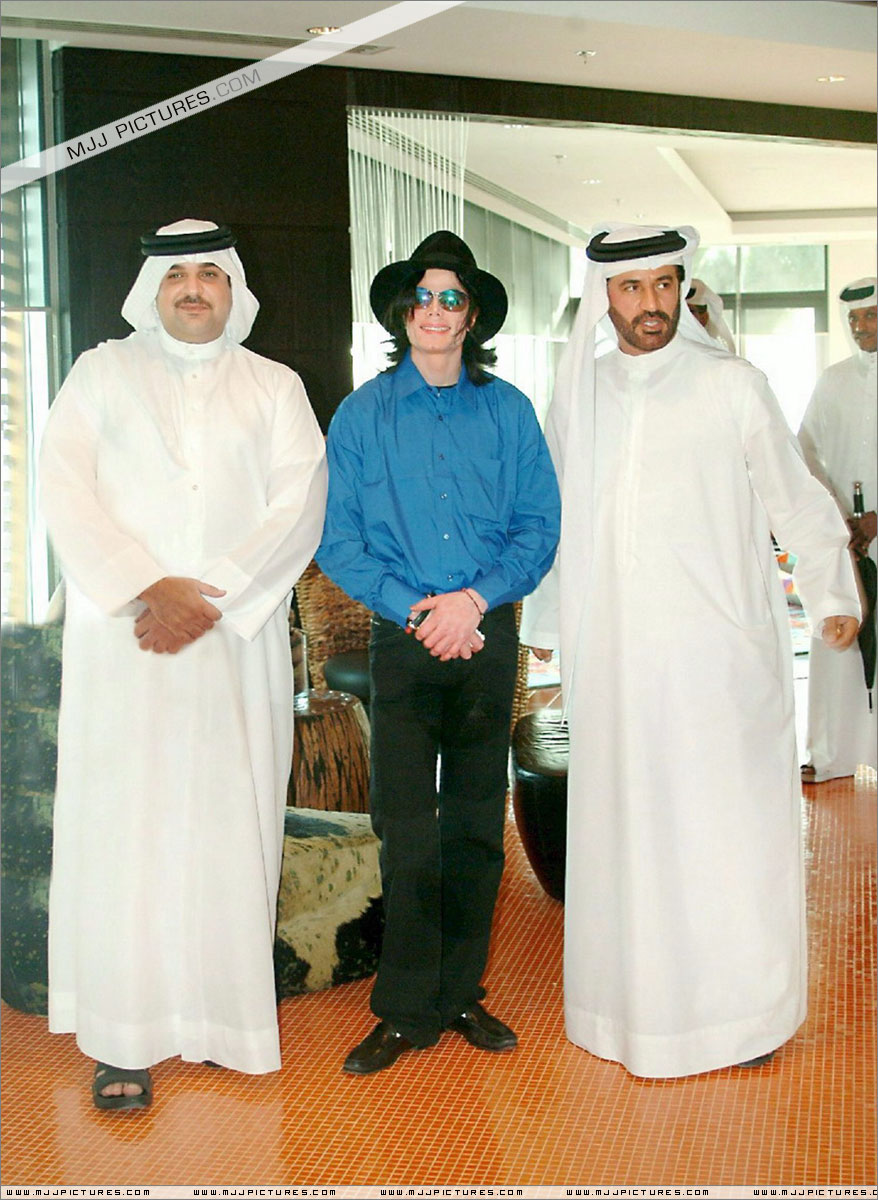 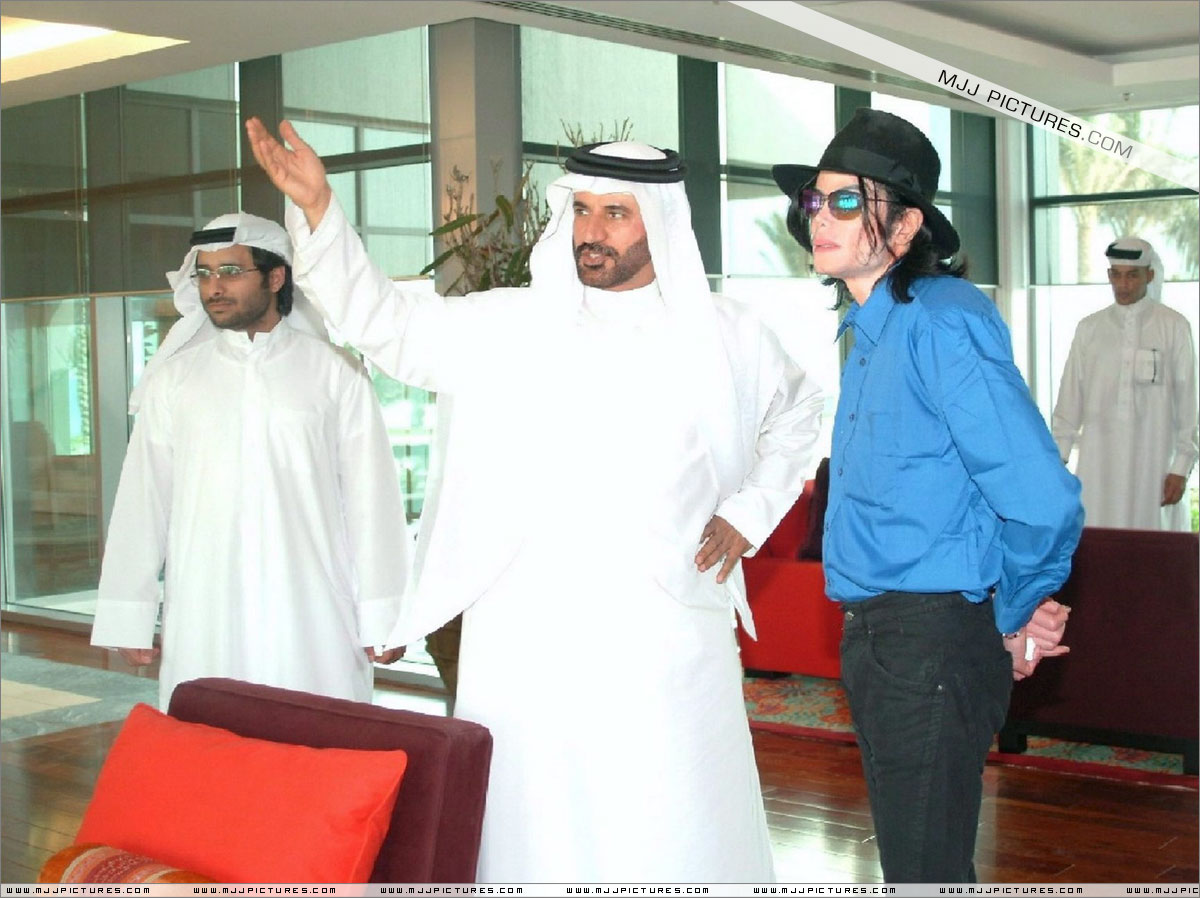 His teeth are beautiful and strong and healthy...white... And he has got true body to his hair...But Idesire what Katharine Hepburn desired when Michael Had won his eight Grammy awards: the sunglasses off...Michael is so shy, like I am...
Thank you for the enlargement...
Top

I just wanna eat raspberries off his stomach all day long!! he looks so nice and meaty!!!
[align=center]

Oh my! I missed this! Oh my God, Michael looks wonderful. I am so happy. My heart is pounding, I love him. :biglaugh:

Originally posted by dangerous
I just wanna eat raspberries off his stomach all day long!! he looks so nice and meaty!!!

Yayyyyyyyyyyyyyyyyyyy! His NAILS look better. Remember how dark they got? This is a sign that he's getting his vitamins and drinking water!!!

^^ He looks so darn HAPPY and young, too... dayum. I love him. And I just noticed how damn tiny his waist is.. jaysus!
[align=center]

I knew I'd love you like I do[/align]
Top

This pic reeks of history era lol. :D I'm so glad he's doing better.
[align=center]\\\"People don't know what it's like for me. No one knows, really. No one should judge what i've done with my life. Not unless they've been in my shoes every horrible day and every sleepless night.\\\"

:tooexcite OMGGGGGG!!!!!!!!!!!!!*DIES* He looks exactly like in the dangerous/History era, So HOT, and the most important, he's smiling!!


DUBAI, United Arab Emirates - He ate Buffalo wings. He took a speedboat to a luxury villa on a manmade island. He buzzed around the Emirate with a race car driver and a prince. In contrast to the frail Michael Jackson cleared of child abuse charges in June, the king of pop appeared relaxed and friendly during his ongoing visit to this Gulf sheikdom.

The 47-year-old performer was even been spotted looking over some of the world's most audacious real estate developments in flashy Dubai, a booming luxury resort and one of the world's fastest growing cities.

Local newspapers are flush with speculative articles about the singer taking up residence. Bin Sulayem said he wasn't yet sure whether Jackson was ready to join the other westerners buying up luxury villas in this seaside emirate.

"I'm sure he won't have a problem finding something in Dubai," Bin Sulayem said. "I'm sure people are making him offers. He's just looking. I would love to see him come to this part of the world and live - or even just to have a second house."

Dubai has lured a growing number of the world's rich and famous to bask in the over-the-top luxury of its resorts. Bin Sulayem noted that soccer star David Beckham and rally driver Michael Schumacher have already bought property here.

But Jackson owns or is buying property in Bahrain, 300 miles (500 kilometers) up the coast from Dubai, Bin Sulayem acknowledged, so his interest here might only stem from curiosity.

Before his visit to Dubai, Jackson had been staying as Sheik Abdulla's guest in Bahrain, where he took refuge after his grueling 19-month trial and sensational June 13 acquittal of child molestation charges.

But unlike his reclusive stay in that oil-rich island kingdom the size of Rhode Island, Jackson's visit to Dubai has included several appearances in public - albeit surprise ones.

The singer visited a pair of Dubai's $14 billion manmade island developments, touring The Palm Jumeirah, one of three palm tree-shaped archipelago under construction. The island bristles with building cranes and half-finished concrete villas and resort hotels.

Bin Sulayem took a photo of the singer in the development's sales office, peering at an architectural model of the date palm-shaped island.

Jackson's entourage also took a speedboat to The World development, an artificial archipelago of 300 private islets being reclaimed offshore in the shape of a map of the world. Bin Sulayem said the group visited a luxurious model villa on one of the islands, which sell for tens of millions of dollars apiece.

In other personal snapshots Bin Sulayem provided, Jackson could be seen in his trademark black Fedora and sunglasses and a royal blue shirt, strolling alongside his Arab hosts, men in traditional white dishdasha robes and headdresses.

Bin Sulayem gushed over Jackson's patience and humility among fans, waiters and sales people, despite being "bombarded" by autograph-seekers and popping camera flashes.

"He was so nice. I wanted him to be like this," Bin Sulayem said. "What you read and what you see is different. The guy is a gentleman. I've met guys who weren't even 10 percent as famous as he is, and they are much harder to deal with than Michael."

The singer also paid visits to the Burj al-Arab hotel, the sail-shaped skyscraper that sits on a tiny island, as well as the Hard Rock Cafe, where he assuaged his craving for spicy chicken.

"We went there because he wanted to eat Buffalo wings," Bin Sulayem said. "We were sitting there with him and it was absolutely normal, we weren't under any pressure."

Jackson's buoyant demeanor contrasted starkly with his morose state during his trial, when he made hospital visits complaining of flu-like symptoms, dehydration and back trouble.

The singer was recently fined $10,000 for failing to appear in court to face a separate civil case in Louisiana on a claim of sexual assault.

On June 13, Jackson was acquitted of charges alleging that he molested a 13-year-old boy, plied the boy with wine and conspired to hold him and his family captive so they would make a video rebutting a damaging television documentary.

I'm so happy with this news man. The last time we had a good look at him he looked so drained in every way possible. Now....

I wonder how Janet Arvizo is doing.
Top

I really am in the mood for Buffalo Wings right now. Or a KFC.

I wonder how Janet Arvizo is doing.

Users browsing this forum: No registered users and 5 guests