Michael Jackson - 2002 was a guest at the charity event TRIBUTE TO BAMBI. This year is the son of the deceased child of Pop to Berlin to take up the legacy of his father.

Prince Michael Jackson, the eldest son of the late Michael Jackson (â€  50), continues his father's commitment and support to charity initiative TRIBUTE TO BAMBI on 23 September in Berlin. For the event in Berlin "station" brings the 14-year-old hand-recorded by Michael Jackson's Super Hits composition "Bad" with. Until the 10th Bambi Awards November, fans from around the world in the worldwide auction network United Charity * Charity Guide for charitable donations. bid on the precious original. The auction proceeds will be supported to 100 percent of the TRIBUTE TO BAMBI Foundation, which so distressed children in Germany.
Ad

Michael Jackson himself had confessed in 2002 live on stage by TRIBUTE TO BAMBI and time for the auction brought a glitter jacket. Two years ago, the U.S. singer Nisha Kataria came to the charity event. You brought a guitar signed by Michael Jackson, which was also auctioned for the benefit of TRIBUTE TO BAMBI. Prince Michael Jackson's appearance at TRIBUTE BAMBI is on 24 September 2011 in the program "helps children BAMBI - Stars fight for Germany's Forgotten Children" clock at 22:15 on ARD to be seen.

It is good to see the children involved in events in honor of their father. I hope that they raise a lot of money for the cause.
"And it seems I can live my life with you as my rhythm"
Top 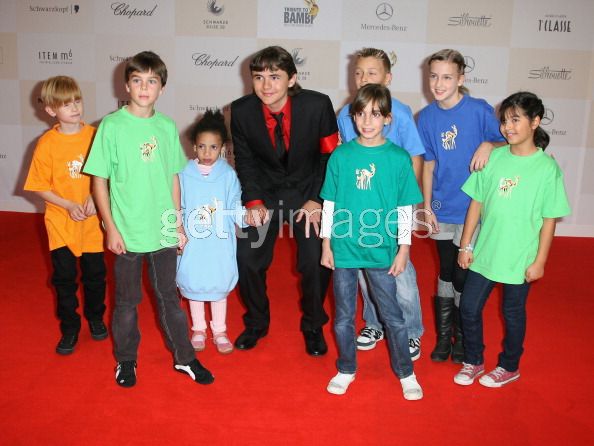 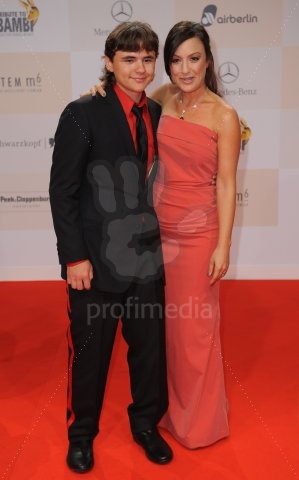 Wow he looks so different from when I last saw him at the memorial....I haven't been keeping up too much with what's going on with his children. Not that I don't care for them or care about them I just feel like they are normal kids. It's good Prince is involved with projects that his father was involved in. Stepping in for his father.

Users browsing this forum: No registered users and 0 guests