Where Eagles Fear to Tread: A Tangled Tale of Misfit Monuments
May 8, 2011

Back in the early 1990s, I was a D.C. police officer working out of the Narcotics and Special Investigation Division on Third Street NE. The building has a large garage, and for a while it was used to store a huge eagle statue. We were told that the statue was commissioned by Michael Jackson as a gift for Ronald Reagan and was being stored there temporarily until a place could be found for it. Well, temporarily turned into several months, and after a while the U.S. marshals came in a placed a lien on the statue. The statue was eventually removed. I was wondering if this was the true history of the statue and what finally happened to it.

“It’s not a statue, it’s a monument,” Larry Creeger said when Answer Man reached the Virginia businessman by phone recently. Larry was able to provide details on the monument’s current whereabouts. As for what it’s a monument to, officially it’s to the U.S. presidency.

Our story begins in 1987, when an artist named Brett-Livingstone Strong created a monument to the bicentennial of the Constitution. It also featured a bald eagle and had the support of Ronald Reagan and Chief Justice Warren Burger. It was displayed briefly in Philadelphia.

The positive reaction to that work prompted Strong to create a complimentary piece honoring the presidency.

It was even bigger: 17 feet high, 20 tons, with a bronze bald eagle, wings outstretched above a U.S. seal, the granite base covered with the Constitution, Bill of Rights, facsimiles of signatures of the Founding Fathers and the names of all the presidents, from George Washington to the first George Bush. Strong was assured President Bush would welcome the monument.

But the work took longer than Strong thought to complete – and cost more, too: $650,000, including the expense of bringing it to Washington atop two flatbed trucks. People here seemed to like it, but no one knew where to put it.

Bush was out of office by then. The monument ended up in the garage of the narcotics division building, beloved by the few people who saw it, police officers mainly, and a few drug suspects. There it sat for months and months.

Michael Jackson’s role in the affair is hard to pin down. He might have paid to ship the work to Washington. He was a friend of Strong’s, who was sort of the court painter to Jackson. (A portrait Strong painted of Jackson was bought by a Japanese businessman in 1990 for $2.1 million.) Strong promised that when the presidential monument was finally unveiled in Washington, Jackson would appear to sing the national anthem backed by a children’s chorus.

The artist eventually sold most of his rights to a group of investors. Tangled finances resulted in it being sold in 1993 for $135,000 by federal marshals. The buyer was a Chicago businessman and Pez-dispenser collector named Howard Tullman , who hoped to place the monument near the White House – and to turn a profit selling small facsimiles.

But Tullman soon realized it is not easy to give the U.S. government a 20-ton statue.

“What you come to appreciate is that these things do require maintenance and an annuity to maintain them,” Howard told Answer Man recently. “Literally, these guys said to me, ‘We have warehouses full of statues.’”

Howard gave up. He sold the monument. Then it was sold again. It ended up in a warehouse in Northern Virginia (D.C. police had complained it was in the way).

Then Brett-Livingstone Strong tried unsuccessfully to get it back. For a while it was owned by a group of Las Vegas investors. Finally, it found a home with Larry Creeger.

The Richmond businessman (he once owned the nation’s largest special events company) also has Strong’s Constitution monument,
and he is head of a nonprofit that is trying to place a plaque of the U.S. Constitution in schools across the country.

“I feel like I rescued not only the monuments but this entire process, which was a vision of Reagan and Warren Burger, from what would have been a catastrophe,” Larry told Answer Man. “I didn’t mind spending a lot of time and a lot of money to bring this to fruition.”

In 2007, the monument finally found a public home, though it’s a far cry from the White House grounds. It’s in an office park in Glen Allen, Va., next to the headquarters of Markel Insurance.

But that, too, might be temporary. Larry said he’s in negotiations to make it the centerpiece of a “presidential park” somewhere. He’s eyeing a spot in New Orleans, right along the Mississippi. In addition to the monument, there would be huge busts of the presidents, a history of the office, a continuously running show on Andrew Jackson’s New Orleans exploits, and a sound and light show visible from the riverboats that ply the Big Muddy.

Michael Jackson would have approved.

I thought I'd add some cyuuute presidential pics of Michael that would be associated with this monument. 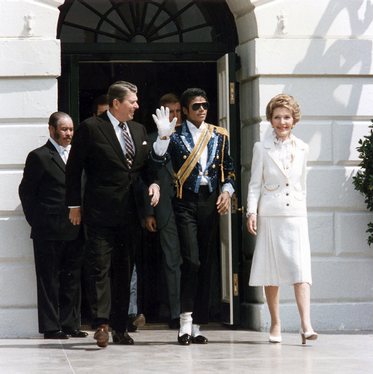 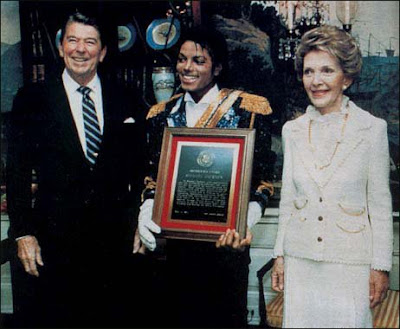 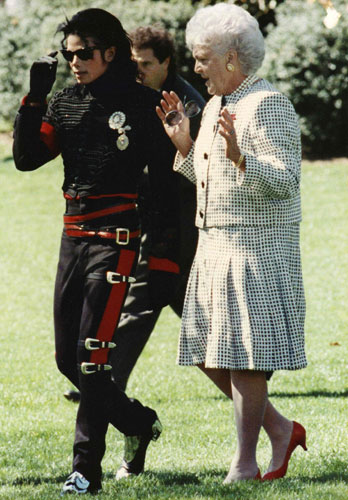 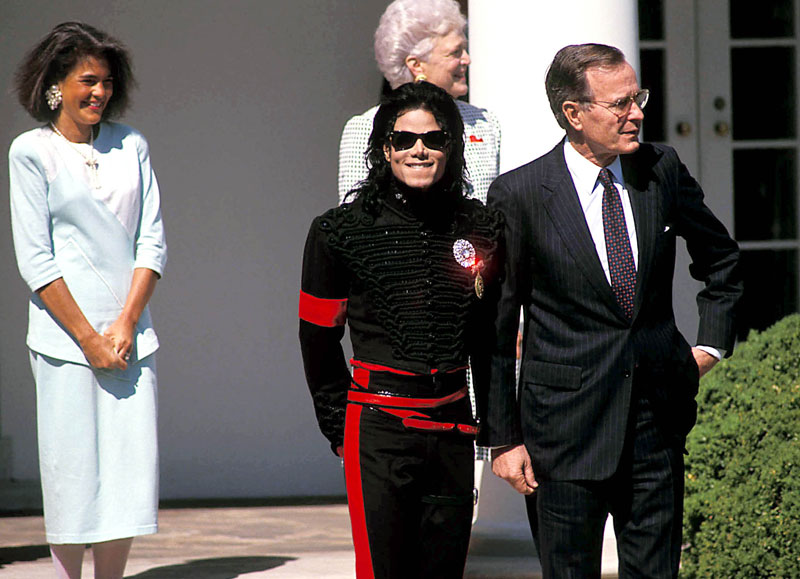 What a wonderful, beautiful thought of Michael singing for the Presedential Monument. :heart 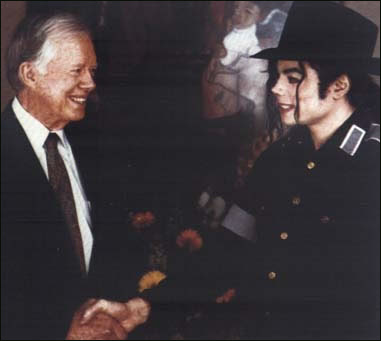 More Presidential pics! (Since the monument represents for all the presidents, here are the remaining figures Michael's met with.)Michael has really always tried to work with each president to make the world a better place, and to stay active in our humanity's cause for change. What a hunk.. :wub